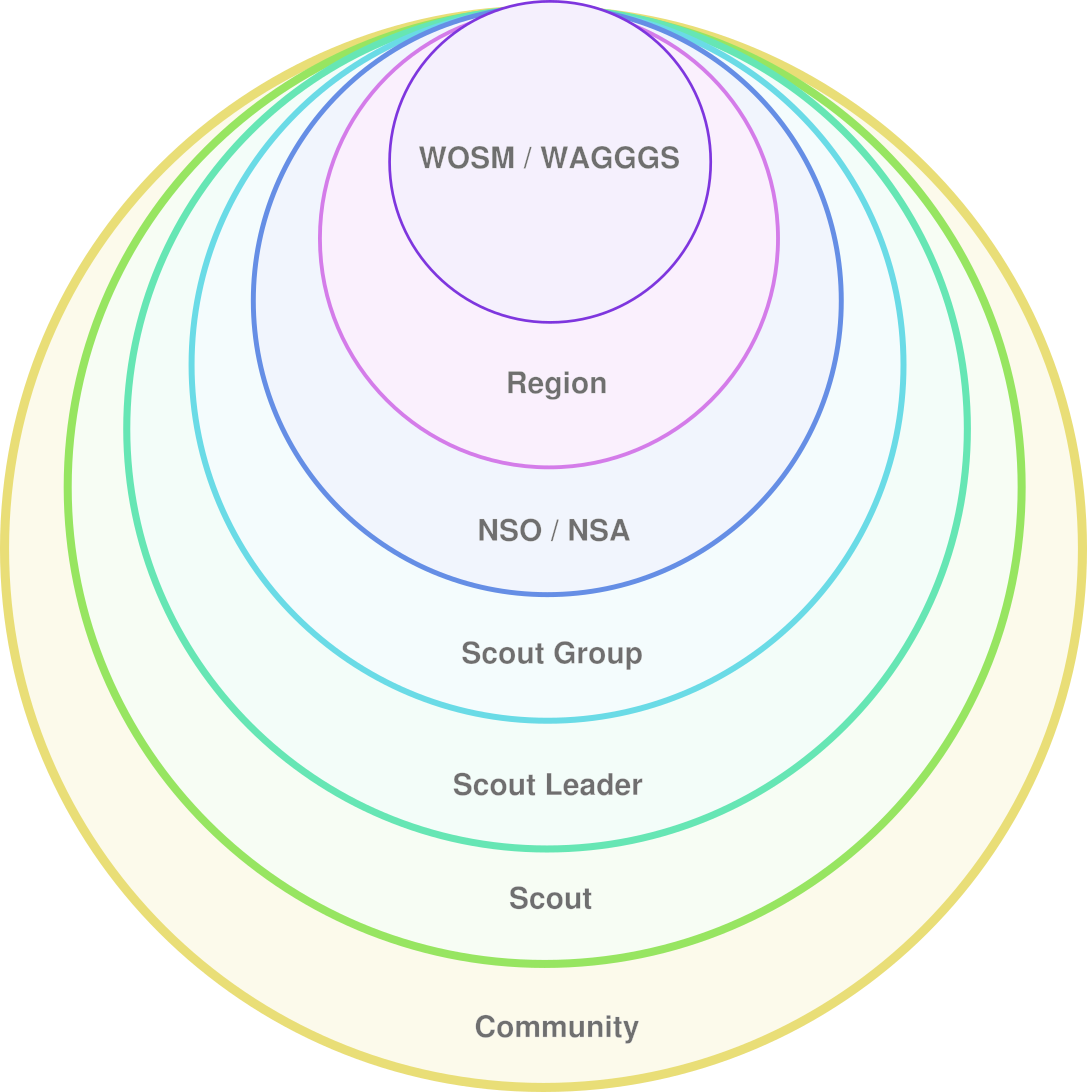 This is part 2 in a series on posts from my experience being part of the planning team for European Guide and Scout Centre Managers Conference (ECMC) 2017.

There is a certain calmness before the storm that settles over a scout centre who is about to be visited by a large conference. The arriving of the participants goes very quickly from being a remote event to an imminent fact.

The planning team spent the first evening we all where together with unpacking in the sleeping quarters, as soon as I could I started to try to find power outlets and internet connection for the ownCloud that I had brought to the conference. Easier said then done. In my endaevours I had quite quickly found an extension cord so broken that when I tried to use it, it blow the fuses to the HQ. Apparently, the vast amounts of flies that haunts Iceland in the summer weeks every summer has a tendency to fill up power outlets with dead flies to the point of short circuit. After the cable incident was handled, it took a while to find internet. The end result was a provisional cable from the main Ethernet switch located in the hall outside the HQ hanging in the air going into our HQ. It worked.

The ownCloud server was a test, I wanted to try out to have a venue local only file share, and since there is a thing called Rasberry Pi’s these days which are both quite powerfull and very small, I figured I could bring a complete ownCloud server system in my checked in bag. This little experiment turned out to work so-so. I have now learned that there are a number of participants who go to a scout conference without a laptop. I have also learned that installing the ownCloud local client on existing laptops don’t work if the centre manager is using a computer managed by some IT department (surprisingly common). Finally, the web interface to a local IP address with a self signed certificate requires people to add a security exception in the browser, which I don’t think anyone managed.

Next time, we try a web only system with a certificate that isn’t self signed any more.

This is part 1 in a series on posts from my experience being part of the planning team for European Guide and Scout Centre Managers Conference (ECMC) 2017.

The rock and soil in Iceland is black, especially so when it is wet. The roads are wet too and the skies are torn by wind and clouds blowing in from the Atlantic. It feels like Iceland is part of the vast Atlantic ocean.

The open expansive solitary landscape with occasional sheep and horses grazing have only a few houses that you mostly see in the far distance. When you stand there looking at it all, felling the wind, it makes you think that in Iceland, magic is indeed possible.

I flew to Reykjavik on a Monday and I was the third of the CMC planning team members to arrive to Iceland and the first of us to arrive at the Úlfliótsvatn scout centre. I was assigned the driver to the car that we rented for the whole conference, and so driving from the airport, I took the long road. The scenery is easily worth it. Arriving at the centre after dusk, on gravel roads the last bit, I was greeted by the people at the centre. I quickly unloaded the car and tried to make head quarter at the centre managers office.

There was a school class on site, excited and playing. I didn’t get a word since they where speaking Icelandic, but from the tonality of their voices, their loudness and their activity, I would say they were precisely like kids all over the world. I knew this place.

Making HQ (Head Quarter) I had to start from scratch, cleaning tables, vaccuming floor and fixing the internet infrastructure. It took longer than expected. Finding an Ethernet connection for my mobile ownCloud server turned out to be a bigger project than expected.

Tuesday morning I expected rain, but not much. I continued to make HQ and after lunch I had to rush to the airport with the car and get the rest of the planning team. Unfortunately we was stuck in rush hour queues. Reykjavik might be in the middle of the Atlantic ocean, but they still have the same rush hour queue problems like any other city, if not more.

Back at the centre we quickly unloaded our personal stuff, we were assigned to live in the old girl houses across the street. When Úlfliótsvatn was built, girls and boys where still split, so they build the centre as two groups of houses separated by the road that passes through the centre. Three years later they merged. Needless to say, the girl houses was of less quality in the location without a sea view.

After dinner, we all sat down to assess the situation and make a long collective to-do list. Some of the planning team members where worried at the state of the centre. We had lots to do. Put the workshop and keynote rooms in order, prepare for the opening, figure out how to warm up the big house, make WiFi work, make the items for the opening ceremony etc. Then we had the registration, turned out there was no proper registration process in place and no staff to handle it, so we had to set up the check-in and info corner. Soon the first bus with participants arrived.